BELGRADE, December 26, 2017 – Maja Stojanović, Executive Director of Civic Initiatives, said today that the responses of the Prime Minister of Serbia, Ana Brnabic, at the request of the Group for Media Freedom, were retold media regulation and that it should be applied, and the Group is just seeking the implementation of legislation, with respect to the modification of those provisions that did not appear to work in practice 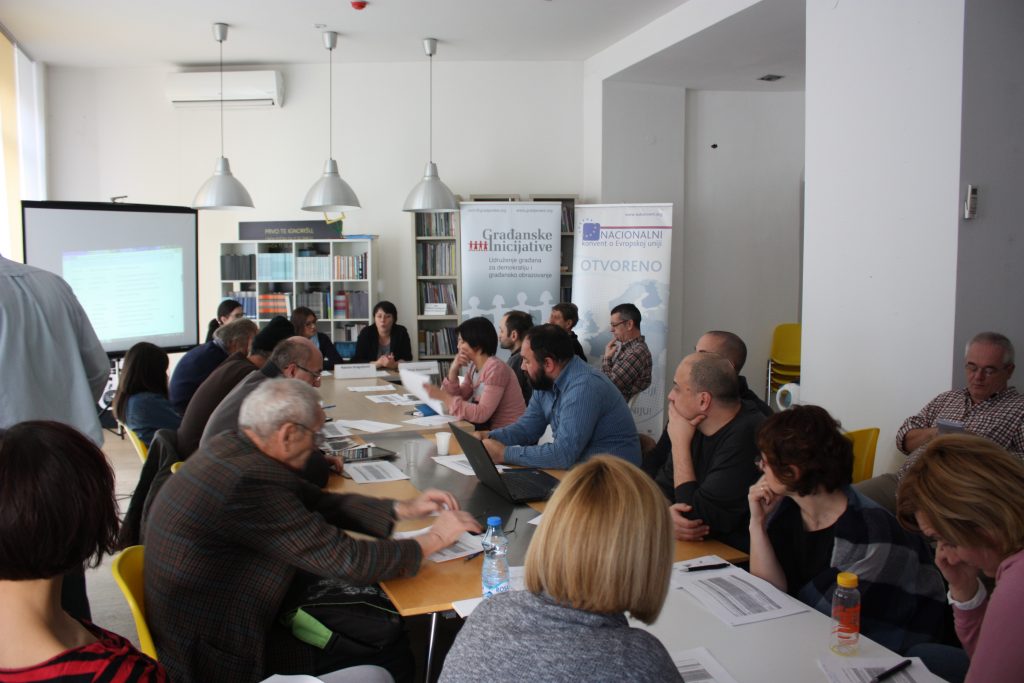 Stojanović, who is the coordinator of the working group of the National Convention on the European Union (EU) for the cross-sectoral subgroup for freedom of expression and the media, assessed that this is a key problem that good media regulation is not being applied or that it needs to be changed in certain areas.

Local media should contribute to this Matrix through the provision of data and the application of media laws in practice in their communities.

Nataša Dragojlović, Coordinator of the National Convention on the EU, told media representatives at a working meeting that she should not be the one telling them what the state of media freedom and expression is because they know best.

CONVENT is trying to see everything that influences such a situation in the media, and collect data that we could present to the public and European institutions, she explained.

Dragojlović announced that besides the EU High Representative Federica Mogerini and European Commissioner Johannes Hahn, who were presented with the situation in the media, the address for this was also the President of the European Parliament Antonio Tajani whose arrival in Serbia is expected in late January.

According to her, there is not much benefit from the appeal and the announcement, more important are serious analyzes and data.

Dragojlović also said that Serbia is entering the negotiation phase when the evaluation whether the promises in the negotiation process have been fulfilled is beginning,  emphasizing that the analysis of the civil sector of the CoE’s coalition was not particularly welcomed in the negotiating team and the Ministry of European Integration.

Marija Vujković, PR of the Civic Initiatives, presented what is being followed on the certain six chapters dealing with the media.

She stated that Chapter 5 – Public Procurement monitors the financing of the media through public procurement, ie the aim is to minimize this type of financing.

Chapter 10 – The Information Society and the Media will monitor the independence of regulatory bodies in the field of media, the independence of the work of public services and the control of program contents in order to protect minors and vulnerable groups.

Chapter 23 – Judiciary and fundamental rights deals with the topic of protecting journalists, regulating state funding of the media in view of withdrawing the state from media ownership, ending media control by the state, leaking information from investigations, as well as the freedom of the media and expression in minority languages.