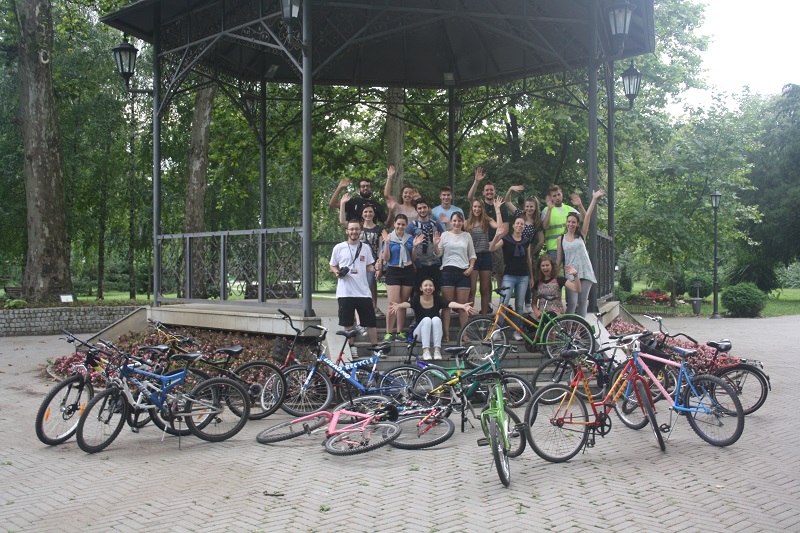 Two young Connecting volunteers stop by to the house of a random citizen. They ring the doorbell. An older gentleman opens the door. He looks at volunteers with distrust. Volunteers address him with a smile:

We’re volunteers from, an organization that is organizing International volunteer camp this year; and for the realization of the camp, it is necessary that, through voluntary contributions, we collect a sufficient number of bicycles from our fellow citizens. If you have an old bike you are not using, and if you are willing to donate, we would be very grateful. Your old bike will be renovated for International volunteer camp and it will later be used for the purpose of bike rental service.

The first International volunteer camp in Pancevo called “Rebicycle” was held in 2016. The whole action realization lasted about five months, starting with the collection of bicycles through voluntary contributions by citizens called “Be nice, donate a bike.” Action of collecting bicycles began in April during which volunteers went to their fellow citizens and asked them if they are willing to donate an old bike that they don’t need anymore. Citizens were happy to help and that created a positive energy  between volunteers.

The aim of the collection of bicycles was not only to ensure a sufficient number of bicycles for the realization of the camp, but also to promote cycling as a healthy and environmentally sustainable form of transport. Pancevo as a town in the flatlands region is suitable for the development of cycling, and volunteers, through chats with citizens and street actions, promoted cycling, trying to awaken the awareness of citizens about the importance of the bicycle as a mode of transport.

After successfully conducting the campaign in which they have collected over 25 bikes, the volunteers went into the final preparations necessary for the realization of the camp: refurbishment of sport shooting premises  “Pancevo 1813”, where volunteers  were accommodated for the duration of the camp; devising a plan of activities at the camp, and promotion of the camp.

When all this was completed, the camp was able to commence. Volunteers from Serbia,

Spain, Italy, France, Greece, Germany, Russia, the Czech Republic, Great Britain and Japan have come on August 12 and during the next twelve days, through socializing, learning and helping, renovated 13 bicycles, transforming the old bikes into functional ones.

At the end of the camp, on August 24, a promotional “ride a bike” tour through the city streets was organized, where the international volunteers together with about seventy citizens, rode on their renovated bikes. At the end of the ride a gathering of volunteers and citizens was organized, where they were able to exchange impressions about this event.

In 2017 volunteers are planning the realization of another International volunteer camp, where the youngsters will again work on the renovation of old bicycles. Driven by last year’s experience, they run another campaign to collect bikes “Be nice, donate a bike”, which began on April 25 2017. As a side event trainings about fundraising “Think globally, act locally” will be held and the first stock market of bicycles in Pancevo, “Bike stock market” will be organized. The camp itself is planned to be implemented from August 1 to 14 2017. 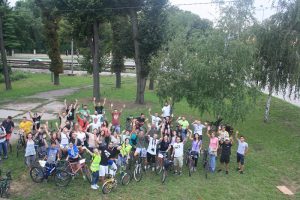 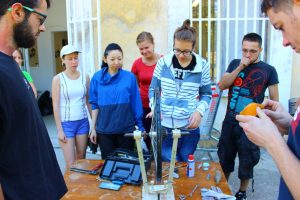