15 Jun Pirot for every child

Mome are enthusiast from Pirot who had gathered around the problem of children in their community. In addition to support for women from marginalized groups, they also deal with empowerment of families with children with developmental disabilities. With their persistent efforts they are fighting to support institutional efforts to make Pirot a place for every child. 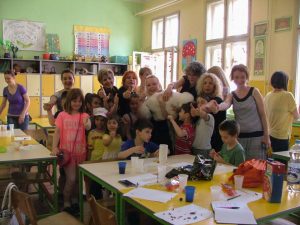 With the aim to strengthen the community we have initiated the project “Spring School of Friendship”, which brings together children with developmental disabilities and their friends from the general population, parents, professionals and enthusiasts around the the workshops whose central theme is socializing with the dog as man’s best friend. With a multimedia approach and creative methods they teach children about the emotional attitude towards animals, their own and others’ emotions, differences as a richness, and all this in order to develop tolerance, understanding and acceptance of differences among them. 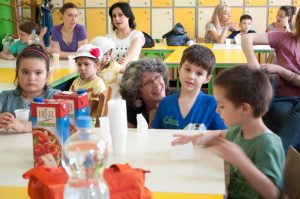 ops were aimed at children with disabilities and from the regular population aged 6 to 10 years old. Workshops were implemented by the members of “Mome”  Center with professional support of Vesna Stanković, associate of the Help  Association for People with Special Needs.

Again, the children showed that older people can and should learn from them: without prejudice they approach each other, explore together through laughter and play. Thus a space was created in which all are different but equal, a space where every emotion is accepted as good, and every child as a friend.

So far, more than twenty children have participated in the workshops, but what also looking and encourages us is the openness and commitment to the same goals that the local community has shown through the support of the project. 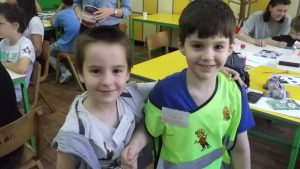 In addition to the City of Pirot which is financing the project from the funds of the Local Action Plan of for Children, unconditional support was provided by the Free Zone Pirot and Primary School “Sveti Sava”. There are individuals willing to spend their time with children in need of support. So Irena Tošić Krasić entertains children by bringing her dog Leo to workshops and Vesna Stanković, an expert in working with children with developmental disabilities, supports the little kids with problems with social interaction to be fully involved in the work group. 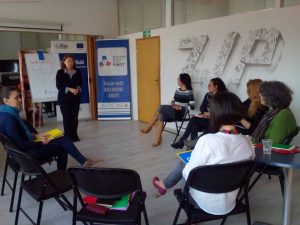 ections of the Organization, which were developed as part of the strategic planning process for which TACSO by Civic Initiatives provided us technical support. That’s why we’ll use the following lines to thank the CI team for their support and especially Dubravka Velat who, in addition to the knowledge and experience necessary to use all our resources, brought to our organization a new dose of commitment, enthusiasm and strength to be more committed to fighting for building of a new society in the southeast of Serbia, based on tolerance, understanding and acceptance.

Local Community Support Center „Mome“ brings together citizens of Pirot who want to contribute to improving the situation of residents of local communities in southeast Serbia through the creation and implementation of programs based on modern European experience and legislation in the areas of human rights and marginalized groups. 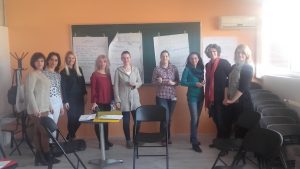