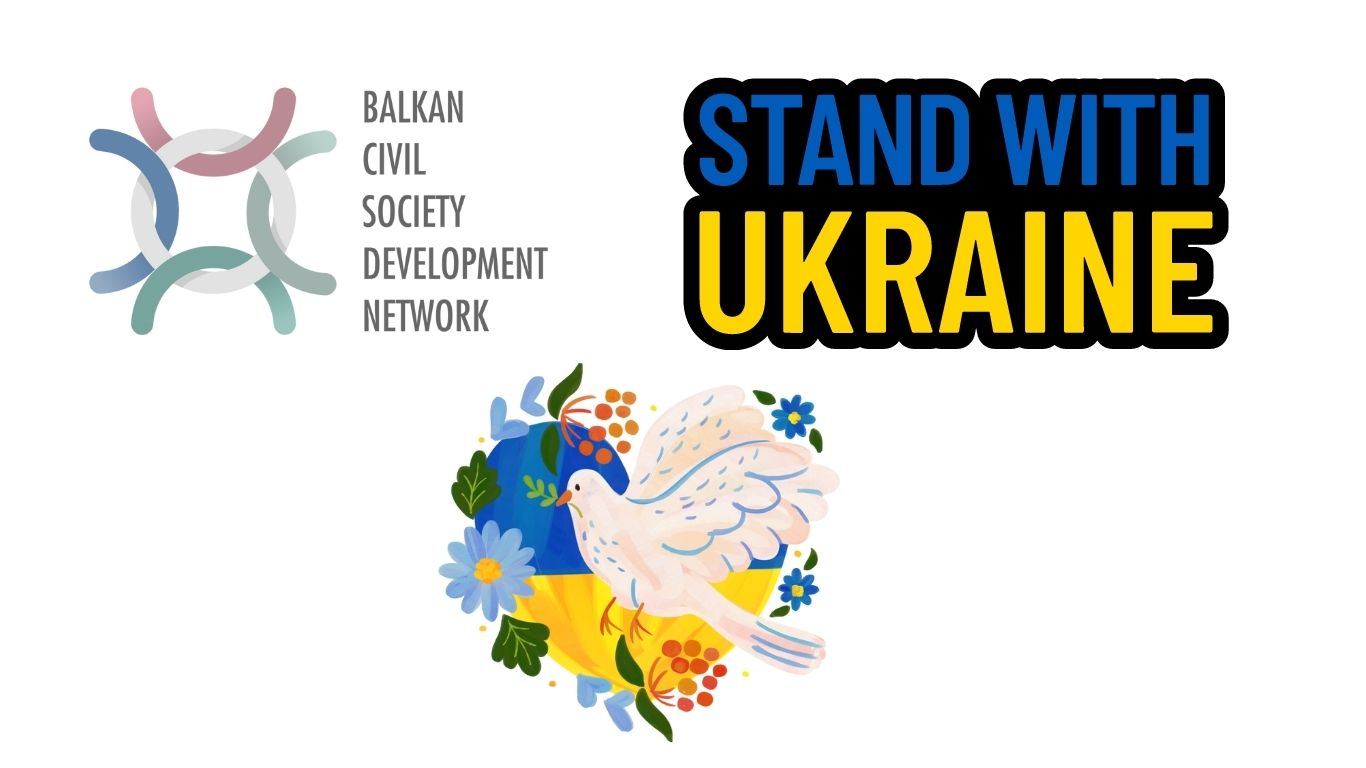 The Balkans in Solidarity with Ukraine

Following the tragic developments of Russia’s aggression against Ukraine, marking one month of war, we stand in solidarity with the Ukrainian people and call for an immediate stop of the war and killing of innocent people.

Saddened by the news, and in awe of the resilience of people on the ground, the Balkan Civil Society Development Network stands in solidarity with the CSOs and activists working tirelessly in all of the affected areas, inside and outside Ukraine. We must not underestimate the power of solidarity, courage and joint strength in such times.

We stand by CSOs fiercely advocating for peace and the respect of human rights, raising awareness and sharing reliable information on the situation, the needs of refugees and Ukrainans still in the country. We will widely share these calls toward the international community – to raise our joint voice, to fight disinformation, and to protect the activists, HRDs, volunteers and journalists in the occupied regions.

We stand by CSOs providing the first response and a warm environment for those fleeing their homes. We will keep calling for increased humanitarian aid and support not only to the vulnerable population, but also to those who provide these life-saving services.

We stand by CSOs devotedly offering legal and psychological support to all vulnerable people, and those offering their expertise and resources to the public institutions for dealing with the crisis. We will share our expertise in crisis management and policy-making processes, based on our experiences and lessons learned from the crisis situations we have previously faced.

We will support Ukrainian people by publicly welcoming government decisions to ease entry procedures, and welcome in our countries everyone fleeing the war, as over 3 million refugees have already left Ukraine and over 5 million are expected. We will applaud the people of Russia bravely opposing the aggression from their government regardless of their personal safety. This kind of resilience is what gives the world the right to hope that solidarity, empathy and common sense will triumph over power-hungry aggressors.

The war will inevitably have an impact on the wider region, including the Balkans, for months and years to come. This is our chance to put to practice all our pledges of solidarity and join our forces to promote peaceful and democratic changes over illiberal regimes and pressures, and to oppose the rise of authoritarianism and the damaging narratives surrounding it.

In solidarity, we raise our voice for civic freedoms, peace and democracy!