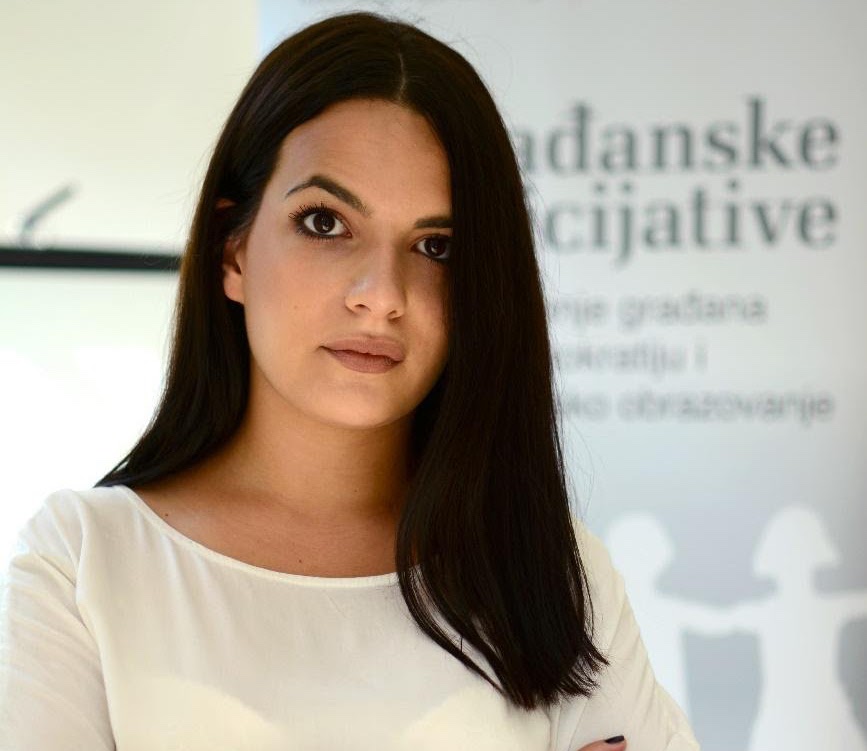 Why did protests erupt in Serbia during the COVID-19 pandemic, and how did the government react?

The immediate reason for the mass and spontaneous gathering of citizens in July 2020 was the announcement of the introduction of a new curfew, that is, another 72-hour ban on movement. After the president’s press conference ended, dissatisfied people began to gather in front of the National Assembly in the capital, Belgrade. Although the immediate reason was dissatisfaction with the management of the COVID-19 crisis, people also wanted to express their unhappiness about numerous other government measures and their impacts, and particularly with the conditions in which the recent parliamentary elections were held.

In response, the security forces used unjustified force in dozens of cases and exceeded the powers entrusted to them by law. Their violent response to spontaneous peaceful assemblies was a gross violation of the right to the freedom of peaceful assembly and an unwarranted threat to the physical integrity of a large number of protesters. The protests were marked by the use of a huge amount of teargas, which was indiscriminately thrown into the masses of peaceful demonstrators. As a result, many protesters had health issues for days afterwards. Apart from the fact that unjustifiably large quantities of teargas were used, the public’s attention was captured by the fact that the teargas fired was past its expiry date.

The media and citizens also reported and documented many cases of police brutality, including that of three young men who were sitting quietly on a bench and were repeatedly beaten by a gendarmerie officer with a baton. In another incident, a young man was knocked to the ground and hit with batons by 19 officers, even though two members of the Ombudsman’s Office were on duty near the scene, precisely to control the conduct of the police. Additional disturbances and acts of violence were perpetrated by a large number of individuals in civilian clothes. At the time it could not be determined whether they were police in civilian clothes, or members of parapolice forces or criminal groups, but many clues point to them being members of hooligan groups connected with the authorities and working on their orders.

Media representatives also played a very important role in the protests. In this context, many media workers behaved professionally and reported objectively on the protests, often becoming victims of police brutality or attacks by members of hooligan groups infiltrated among protesters to incite rioting. According to the Association of Journalists of Serbia (NUNS), as many as 28 journalists were attacked while covering protests, and 14 suffered bodily injuries, which in six cases required urgent medical attention. According to a statement issued by NUNS, the most seriously injured was Zikica Stevanovic, a reporter of the Beta news agency.

However, media outlets that are close to the government either ignored or distorted the real picture of the protests by disseminating lies about who organised, funded and participated in them and by ignoring or denying cases of obvious police brutality. Journalists, analysts and civil society activists who publicly supported the protests and spoke critically about the government and the president were often the target of tabloid campaigns, and were smeared by the holders of high political office in an attempt to discredit their work.

Bureaucratic measures were also used against them, for example through their inclusion on a list compiled by the Ministry of Finance’s Directorate for Prevention of Money Laundering, which required banks to look into all the financial transactions they made over the past year. The associations and individuals who were targeted published a joint statement with over 270 signatures to call on the authorities to urgently make public the reasons for any suspicion that these organisations and individuals were involved in money laundering or terrorist financing. They also made clear that these pressures would not deter them from fighting for a democratic and free Serbia.

Violent police reaction, indiscriminate brutality, non-objective reporting and government retaliation further motivated people to protest. As a result, people took to the streets in even greater numbers in the following days. Protests also began to take place in several other Serbian cities besides Belgrade, including Kragujevac, Nis, Novi Sad and Smederevo.

Has civil society experienced additional challenges to continue doing its work under the pandemic?

Under the state of emergency imposed in response to the COVID-19 pandemic, but also after the state of emergency was lifted, civil society organisations (CSOs) faced numerous difficulties that greatly hindered their work. During the first weeks of the state of emergency, some CSOs that provide services to vulnerable people were unable to perform their activities due to the ban on movement, a difficulty that was only gradually and partly overcome over time as special permits were issued to certain categories of people.

Another challenge was posed by the Regulation on Fiscal Benefits and Direct Benefits, adopted in response to the economic impacts of the pandemic. This regulation did not extend exemption from value-added tax (VAT) to food, consumer goods and services donated to the non-profit and humanitarian sector to support socially vulnerable groups. For this reason, a group of CSOs sent the Ministry of Finance a proposal to extend the VAT exemption.

The biggest challenge for CSOs was financial sustainability, which was especially endangered by the suspension of the competition for co-financing projects of public importance, both at the national and local levels. In addition, while the provisions of the Regulation on Fiscal Benefits and Direct Benefits were insufficiently clear when it came to CSOs, they unequivocally excluded informal citizens’ initiatives, and thus jeopardised their survival.

In addition, the right to the freedom of expression was especially endangered during the pandemic. Challenges included restrictions faced by the press to attend and ask questions at Crisis Staff press conferences, the disregard of media representatives by officials in government bodies and institutions, and the persecution of media outlets that pointed to negative consequences during the pandemic. These restrictions opened up opportunities for the dissemination of unverified information. The lack of timely and factual information led to the further spread of panic and it became clear that in addition to the pandemic, Serbia also faced an ‘infodemic’.

What are the views of civil society about the government response to the pandemic, including the conditions under whichthe recent elections were held?

Despite the very unfavourable position they found themselves in, CSOs played a significant role during the COVID-19 crisis. CSOs had a significant role to play in correcting government failings, as they put forward numerous quality proposals for overcoming the crisis. In many situations it was CSOs, due to better training, that took over the roles of certain civil services. The general impression is that the state was not ready for the crisis, and therefore did not have enough capacity to provide a better response.

Due to its closed nature, the government used the need of urgency and efficiency as a pretext to bypass dialogue. In adopting some measures, there were frequent violations of laws and the constitution, and of people’s rights, particularly the right of journalists to do their work. Economic measures were not adopted in a timely and effective manner, which endangered many CSOs and their activists, ultimately having their greatest impact on people as users of CSO services.

Regarding the parliamentary elections, which were held on 21 June after being postponed from their original date of 26 April, there is still an unanswered question regarding the government’s responsibility for conducting an election process under the pandemic. There is suspicion that the decision to hold the election was politically motivated and irresponsible. This was reinforced by the fact that in the weeks following the election, the number of COVID-19 infections and deaths drastically increased. It seems that the efforts made by some CSOs to create conditions for free and democratic elections have not yielded the desired results.

What were the main issues that got in the way of a free and fair election?

Beyond the pandemic, the major concern about the elections was that they were dominated by the ruling party, including through pressure on critical journalists and media outlets and control of mainstream media, which lack a diversity of opinions and balanced coverage and are used for campaign purposes.

Media coverage during the election campaign was slightly more balanced than in previous elections, because the government wanted to prove that complaints from the public and the political opposition regarding poor election conditions and the captivity of the media were baseless. In principle, candidates were treated equally by public media, although public officials campaigning on a daily basis also received a lot of additional coverage. On top of this, members of the opposition who had decided to boycott the elections and therefore did not present candidates did not have room to present their arguments on national television.

The unequal treatment of candidates was especially visible in national commercial television channels, which provided logistical support to the ruling party and its coalition partners. This problem was exacerbated by the passive stance adopted by the Electronic Media Regulatory Body (REM), which played an almost imperceptible role during the election campaign. In May 2020, REM changed its methodology of monitoring the media representation of political actors, counting every mention of a political option as proof of media representation. This led to the conclusion that the opposition Alliance for Serbia was the most represented party. But in reality, the Alliance for Serbia, which boycotted the elections, did not receive any media coverage on national television; rather it was the most frequent target of attacks by the ruling party and its allied media. In this area, another problem is the uneven normative framework: REM’s regulations relating to public media services are legally binding, but those relating to commercial broadcasters are drafted in the form of recommendations and have no binding effect, and there are no effective safeguards against violations.

What are the implications of the election results for human rights and democracy in Serbia?

The ruling Serbian Progressive Party, truly a right-wing party, won over 60 per cent of the vote, claiming approximately 190 seats in the 250-seat parliament. Their coalition partner, the Socialist Party of Serbia, came second with about 10 per cent of the vote, adding approximately 30 seats to the coalition. As a result, the National Assembly was left without opposition representatives, opening additional space for unlimited and legally unhindered exercise of power by the ruling party. The past four years are proof that the mere presence of the opposition in parliament is not a sufficient barrier to arbitrariness, as the government has perfected mechanisms to make parliamentary procedures meaningless and restrict the freedom of speech of opposition representatives. But some opposition legislators, through their initiatives, public appearances and proposals, managed to draw attention to numerous scandals and violations of the law by state officials.

The protests that came after the elections seem to point towards further political polarisation and a deepening of the political crisis, as a large number of people lack representation and feel deprived of the right to elect their representatives without fear through free and democratic elections. The latest attempts to deal with civil society, journalists and prominent critical individuals by promoting investigations of money laundering or terrorist financing speak about deepening polarisation. The development of human rights requires coordination and cooperation of CSOs and state bodies as well as social consensus and political will, so this is certainly not contributing to an improvement of the human rights situation in Serbia. On the contrary, it is leading to an increasingly serious crisis, the aggravation of inequalities and injustices and more frequent protests.

Civic space in Serbia is rated as ‘obstructed’ by the CIVICUS Monitor.